This week, Apple TV+ releases its highest-profile feature film to date: Greyhound. The film stars, and was written by, Tom Hanks. Originally planned for cinemas, the coronavirus pandemic meant the film was instead sold on to Apple as an exclusive. So how do you watch the new Tom Hanks on Apple TV?

But naturally, what is drawing the most interest is the Greyhound movie.

What is Greyhound about?

Greyhound is a World War II navy action thriller on sea, inspired by true events and a book The Good Shepherd. Hanks plays commander George Krause, who must navigate a fleet of merchant ships carrying supplies across the North Atlantic. Krause escorts the convoy on the perilous journey, facing a pack of German submarines who are doing everything they can to intercept the allied forces.

Greyhound features performances from Tom Hanks, Stephen Graham, Elisabeth Shue and more. The film is about 90 minutes in length.

How to watch Greyhound 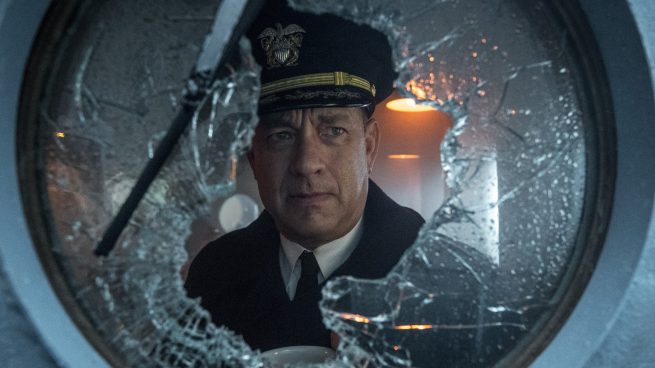 Greyhound will be available to stream from 3 AM Eastern Time on July 10.

Greyhound is exclusive to Apple TV+. Apple TV+ is a streaming video subscription service which cost $4.99 per month, and can be shared with up to six people through Family Sharing. New accounts can try Apple TV+ free for seven days.

Purchases of new Apple hardware (iPhone, iPad, Apple TV, Mac) are eligible for a one-year free trial of Apple TV+. The free trial must be redeemed within 90 days of activating your device, however.

If you balk at the idea of yet another subscription service, but still want to watch Greyhound, you don’t have another option. Apple will not be making the film available to rent or buy on its own. They paid for exclusive rights to make it part of TV+. However, as TV+ only costs $4.99, you can sign up for one month, watch the film and then cancel, which is essentially the price of a rental.

You can watch Apple TV+ content through the Apple TV app. The TV app is available on iPhone, iPad, and Mac of course. But if you want to watch on the living room TV, you will need a streaming stick or set top box.

If you don’t have any Apple devices or streaming kit, you can also access Apple TV+ through the web: tv.apple.com. The website is pretty barebones though; the app experiences are much nicer.

The TV app is unfortunately quite hard to navigate, as it combines Apple TV+ shows and movies with content from other sources like other streaming channels and the iTunes Store. However, it should be pretty easy to find Greyhound as the main Watch Now tab is featuring big banners for the film as Apple is aggressively promoting its first big-budget movie premiere. Just press on one of the banners to start watching.

Check out 9to5Mac on YouTube for more Apple news:

How to Set Up Basic HTTP Authentication in Apache

Daredevil Will Be Introduced in Spider-Man 3 – CBR