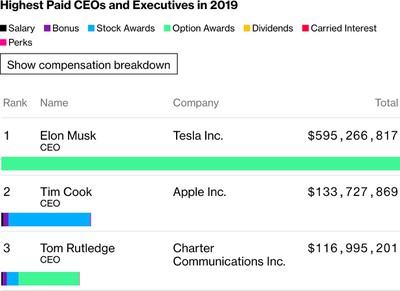 Almost all of Cook’s compensation was provided in the form of stock awards and related performance bonuses. As reported by the SEC earlier this year, Cook received a $3 million base salary with $7.7 million in incentives, with the rest coming from stock awards that vested during the year.

Cook regularly contributes to charity organizations and in the past said that he plans to give away the vast majority of his wealth.

‘Mulan’ Skips Theaters for Disney+ on Sept. 4th—But It Costs $30